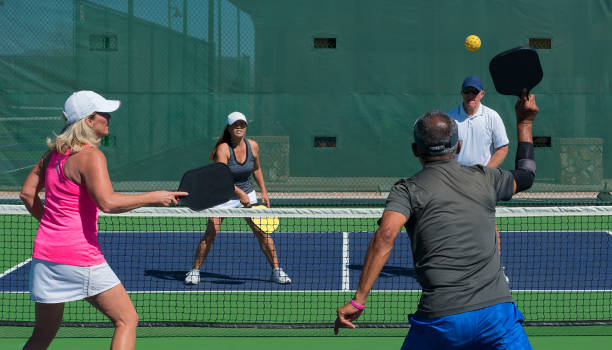 Things You Need to Know About Pickleball

Pickleball is played with paddles and a plastic ball with holes. The sport can be played as singles or doubles. Pickleball has since grown in popularity and is now one of the fastest-growing sports in the United States. According to the USA Pickleball Association, there are now more than 3 million pickleball players in the US alone!

The Basics of Pickleball

Pickleball is typically played on a badminton-sized court (20×44 feet) with a net that is 36 inches high at the center. The court is divided in half by a line down the middle, and each half is further divided into service boxes by lines perpendicular to the net. These lines create an imaginary kitchen, which players must stay behind during service.

Equipment Needed to Play Pickleball
In order to play pickleball, you will need a few pieces of equipment:

• A pickleball paddle – there are many different types of paddles available on the market; finding one that suits your individual playing style is part of the fun!

• A pickleball court – you can play pickleball outdoors on any flat surface like a tennis court, basketball court, or even just a driveway; if you want to play indoors, you will need access to an indoor gymnasium or similar facility.

• A pickleball net.  Nets are typically lowered to 36 inches tall in order to accommodate both children and adults; there are also portable nets available that can be set up either indoors or outdoors.

How To Play Pickleball

Now that you know about some of the basics of pickleball, it’s time to learn how to actually play! If you’ve ever played badminton or tennis before, you’ll notice some similarities in terms of scoring and gameplay mechanics. However, some key differences make pickleball its own unique game. Here are some pointers on how to get started:

1) Start by practicing your serve – all games begin with a serve from behind your baseline; serves can be underhand or overhead.

2) Return your opponent’s serve by letting it bounce once on your side of the court.

3) Take turns hitting the ball back and forth across the net.

4) When returning volleys (balls hit before they bounce), try to let them drop below waist level.

5) If your opponent hits the ball get ready to hit it back.

6) Have fun and enjoy yourself!

At its core, pickleball is meant to be a recreational game that can be enjoyed by people of all ages and skill levels.

Final Thoughts:
So what are you waiting for? Get out there and give pickleball a try! With its easy-to-learn ruleset and simple equipment requirements, this rapidly growing sport is perfect for anyone looking for a new challenge. And who knows? You might just find yourself hooked after just one game! 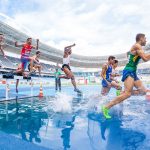