The Most Popular Sports in the World Ranked

It is no secret that some sports are more popular than others. But just how popular are they? In this blog post, we will rank the most popular sports in the world according to a variety of different factors. This will give you a good idea of which sports are watched and played the most around the globe.

1. Football (Soccer)
With an estimated 3.5 billion fans worldwide, football is easily the most popular sport in the world. Football is a truly global game, with top-level leagues and competitions taking place on every continent. Some of the biggest names in the sport include Lionel Messi, Cristiano Ronaldo, Neymar, and Zlatan Ibrahimovic. The FIFA World Cup is the most-watched sporting event in the world, with an estimated 715 million people tuning in to watch the 2014 final between Germany and Argentina.

2. Cricket
Although it is not as popular as football, cricket still has a large global following. The sport is particularly popular in England, India, Pakistan, Australia, and New Zealand. Cricket is played both as a professional sport and as a recreational pastime. Major tournaments like the Cricket World Cup and Twenty20 World Cup attract tens of millions of viewers from around the world. Prominent cricket stars include Virat Kohli, Sachin Tendulkar, Steve Smith, and AB de Villiers.

3. Basketball
Basketball is one of the most popular sports in the world, with an estimated global following of 2 billion people. The sport originated in America but has since spread to countries all over the world. The NBA is the premier basketball league in the world and features some of the best players on the planet, such as LeBron James, Kevin Durant, Stephen Curry, and Kobe Bryant. International tournaments like FIBA Basketball World Cup and the Olympic games also attract huge audiences from across the globe.

4. Tennis
Tennis is another hugely popular global sport, with an estimated 1 billion fans worldwide. Tennis stars like Roger Federer, Rafael Nadal, Serena Williams, and Maria Sharapova are household names in many countries. The four Grand Slam tournaments – Wimbledon, French Open, US Open, and Australian Open – are some of the biggest events in tennis and are watched by millions of people every year. Other notable tennis tournaments include Davis Cup and Fed Cup.”

5. Badminton
Badminton is a popular sport in many parts of the world, with an estimated 1 billion fans worldwide. The sport is played both as a professional sport and as a recreational pastime. Badminton tournaments attract huge audiences from across the globe, with the Badminton World Championships being one of the most watched events in the sport. Prominent badminton stars include Lin Dan, Lee Chong Wei, Chen Long, and Pusarla Venkata Sindhu. The sport is played on a court with two wooden rods called shuttlecocks and is very similar to tennis.

Final Thoughts:
These are just some examples of sports with a large following worldwide. However, there are many other sports that people enjoy watching and playing. What did you think of our list? Do you agree or disagree with our rankings? Let us know in the comments. 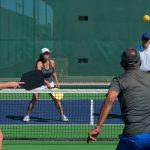 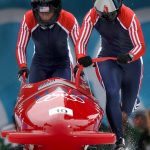